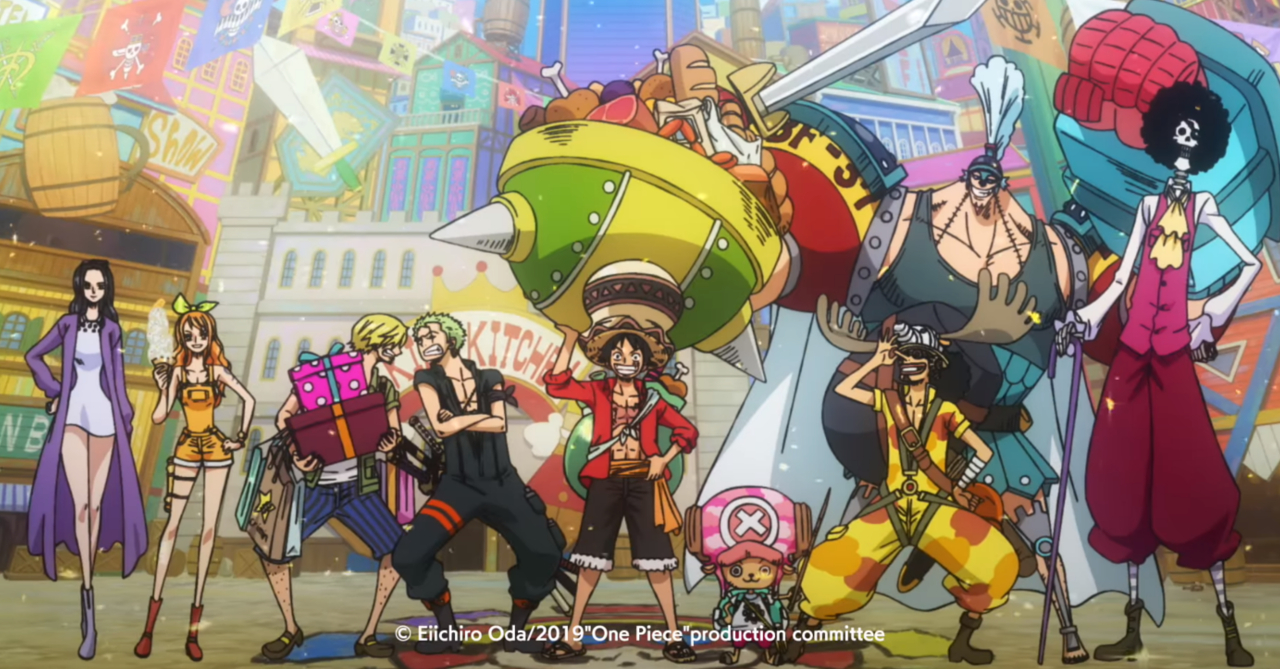 The official website for the One Piece Stampede anime film unveiled a new visual for the film on Tuesday. Original One Piece manga creator Eiichiro Oda drew the visual. The film will open in theaters in Japan on August 9, in celebration of the anime’s 20th anniversary. Fuji TV describes the film’s story:


The world’s greatest exposition of the pirates, by the pirates, for the pirates – the Pirates Festival. Luffy and the rest of the Straw Hat Crew receive an invitation from its host Buena Festa who is known as the Master of Festivities. They arrive to find a venue packed with glamorous pavilions and many pirates including the ones from the Worst Generation. The place is electric.